Vrindavan may have a suspension bridge at Jugal Ghat area soon, as the District administration of Mathura has identified this area and is ready to submit a proposal to the State Government. Another suspension bridge is also proposed to be built at the Vishram Ghat area of Mathura. The suspension bridge will give easy access to Banke Bihari Mandir for the devotees coming from the Yamuna Express way. 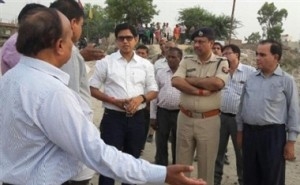 The building of the Suspension bridge is part of the plan under which the Yamuna bank will be revamped. The land on the other side of Yamuna has also been identified for the developmental plan. The team led by the District Magistrate identified the land for the future parking lots where as many as 500 vehicles will be accommodated on the each side of the river.

Embankments on both sides of the river will be built to stop flooding during the rains. The District Magistrate informed that arrangements were being made for the availability of 500 cusecs of fresh water all the time. The other side of Yamuna will be developed as a forest area where thousands of typical trees of Vraja will be planted.

A massive cleanliness drive was organized yesterday, the 27th of April, where hundreds of students participating from different schools took brooms in their hands to clean the holy city of Vrindavan. The cleanliness drive was organized in 24 locations of the town. The students participating in the event were assisted by the cleaners engaged by ‘Infinity Krishna Bhumi’ and the Vrindavan Municipality. 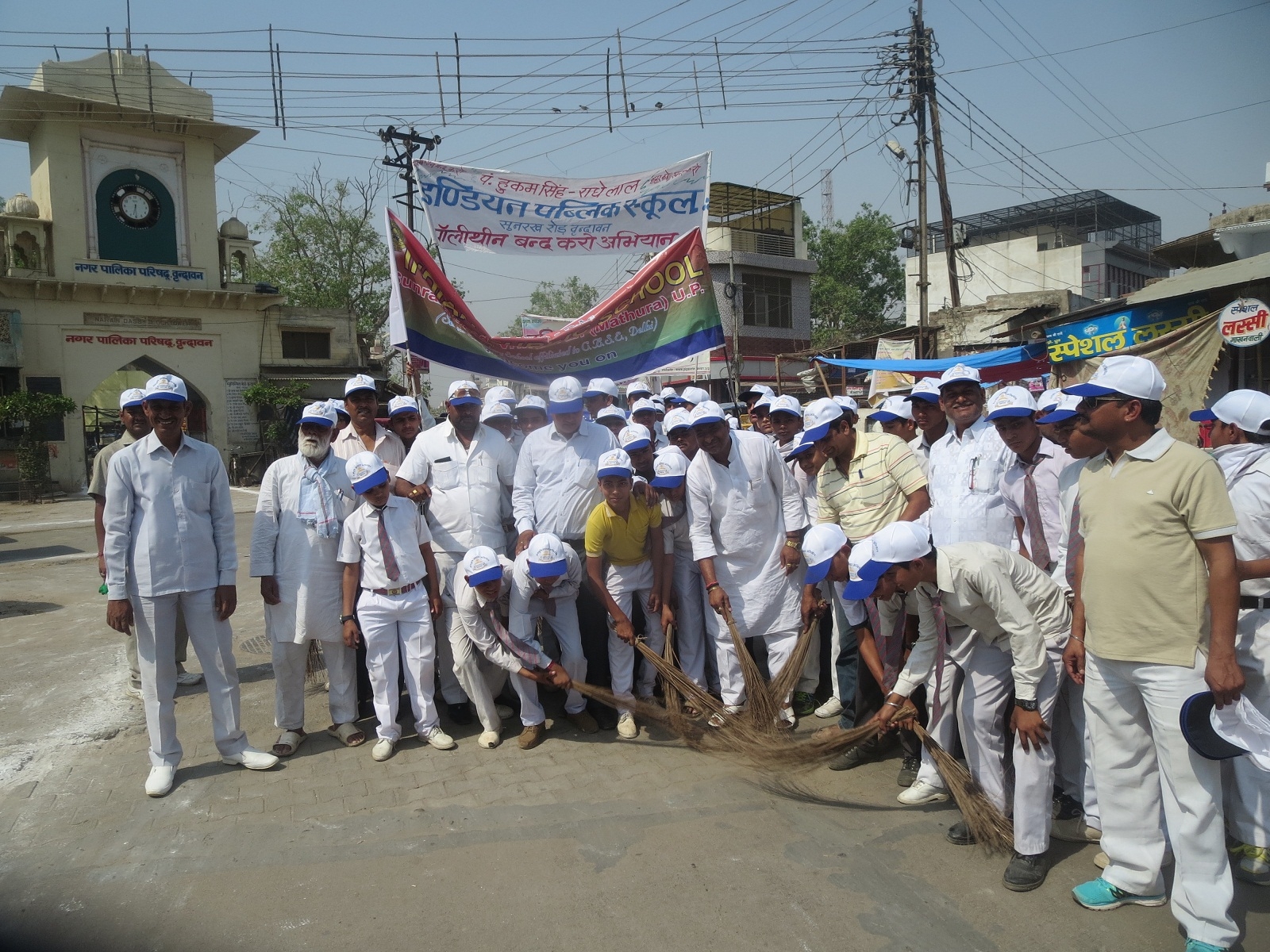 Addressing the event the City Magistrate Shri Ram Araj Yadav said, “Cleanliness begins from home and family. It is the attitude not the resources required for maintaining cleanliness. Everyone likes cleanliness but no one is ready to take the responsibility to keep the city clean.”

Despite the high level of pollution, Yamuna’s surface is looking clean these days as the skimmer machine keeps cleaning the floating waste on a regular basis. This situation will be as it is for the next two months. The Central Government has given the skimmer machine as an experiment under the Namami Gange project, which provides its service daily from 9:00 am to 5:00 pm. 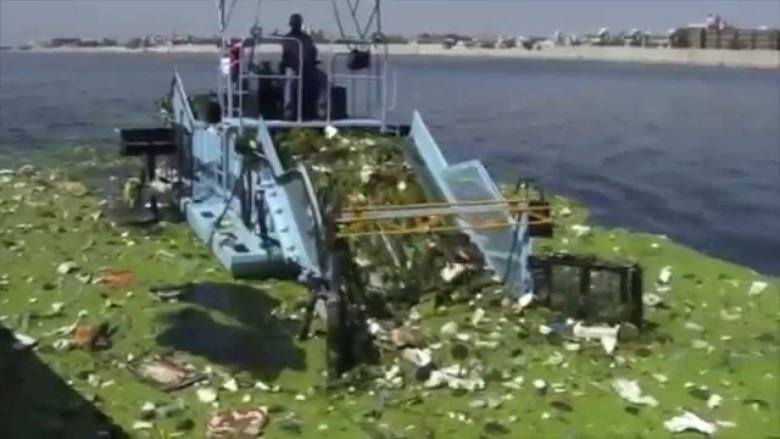 Masani and Daula Maula sewer lines are flowing directly into the river. Chemical waste from the sewer lines has formed a thick layer on the riverbed preventing the ground water from recharging. The skimmer machine has been working from the past two months and will be continue to do so until June 30th only.

Having already announced beautification and rejuvenation of river fronts in the temple town of Ayodhya and its famous and historic ghats along river Sarayu, the Government has now decided to embark on similar projects for the other two world famous Hindu pilgrimage sites – holy Varuna River in Varanasi and Vrindavan, the birthplace of Lord Krishna. Chief Minister Akhilesh Yadav and Irrigation Minister Shivpal Yadav will soon go to Varanasi and Vrindavan to lay the foundation stone for the prestigious projects. 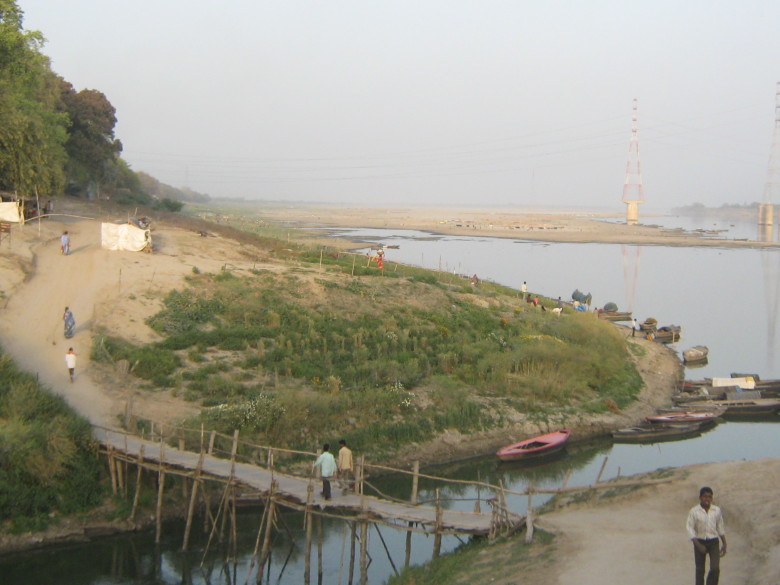 The CM recently approved the project after a presentation on ‘Mission Varuna’ was made before him. Prepared by the irrigation department, the presentation says that a 12-km stretch of the river between Adikeshava ghat and west of Varuna Bridge has been identified for the project. Under the proposed project, the riverfront on Varuna will have an eco park, plazas, open sky gyms, play grounds and auditorium. “We have targeted Varuna because the river in its present form is the main source of pollution in the Ganga. There are 16 drains discharging into the river. Besides, along the river, there are several dumping grounds on the river banks,” explained principal secretary, irrigation, Deepak Singhal. 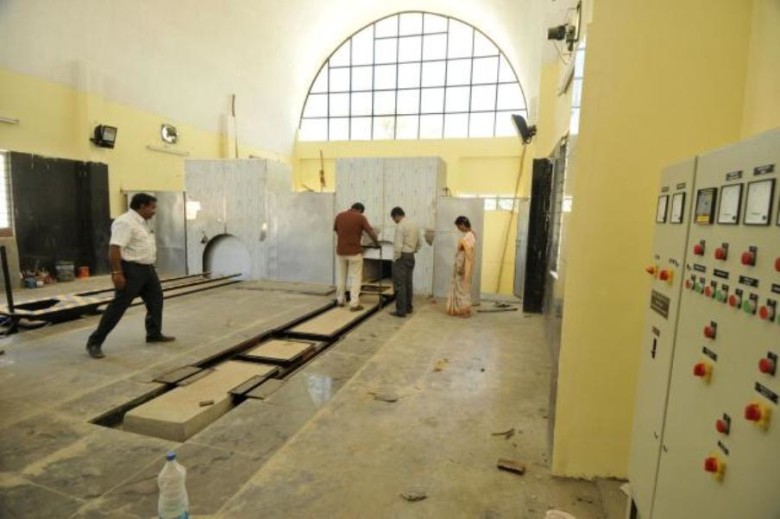 After all this time, the MVDA is planning to act on the electronic crematorium again, under the leadership of Vice Chairman Mr. C.P. Singh, who wants to develop it on the same lines as those the bigger cities.

A plan to boost the tourism potential of Vrindavan and develop it into a model city has received a green signal with authorities clearing a detailed project report worth Rs 515 crores.
Pradeep Bhatnagar, commissioner of Agra division, gave clearance to DPR during a meeting yesterday with slight amendments to it.
“Now the focus would be on Vrindavan to make it a model city,” Mathura Vrindavan Development Authority Secretary B.B Singh said.

District Magistrate Rajesh Kumar said, “Making of Vrindavan into a model city would ultimately boost tourism and employment and with more facilities, tourists proceeding to Agra to see The Taj Mahal might be attracted to Vrindavan as well”.
“The developmental work would now be done in a planned way without affecting the soul of the pilgrim city. Mathura Vrindavan Development Authority would now coordinate the work and different government departments would now come under one umbrella,” he added.