Bhagwan Rangnath gave darshan to his devotees on the grand chariot on Friday. Riding on the 60 feet high chariot made of sandalwood, the Lord went to the ‘Bare Bagicha’, the sprawling garden, situated at a distance of 500 meters from the temple. The devotees who gathered outside the temple at as early as 7 A.M pulled the chariot with the thick ropes. 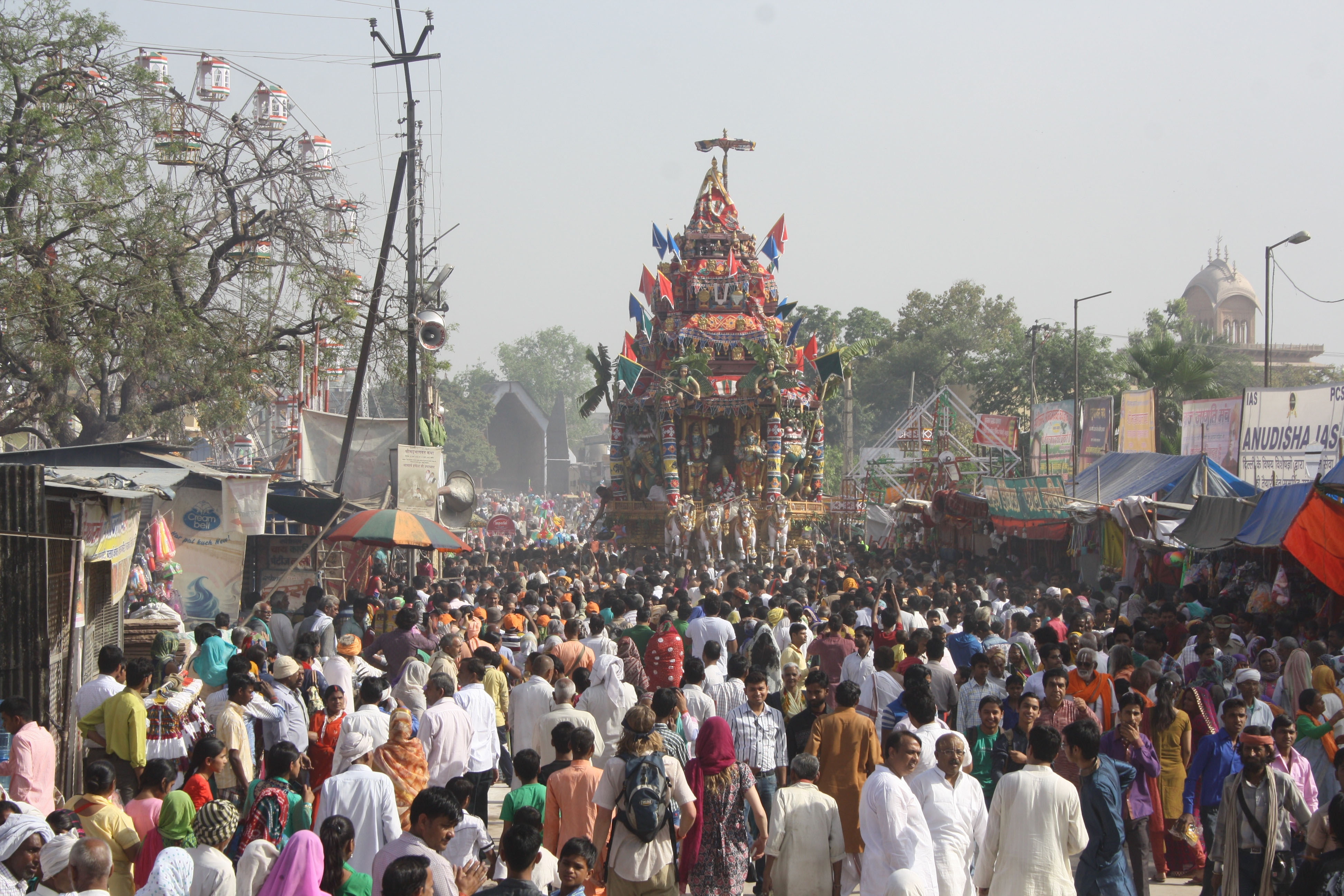 The rath having four wooden horses were pulled by the ecstatic devotees, who were shouting the slogans of ‘Rangnath Maharaj ki jay’. The rath followed the decorated horses, camels and elephants. The chariot reached the Bare Bagicha around 10 A.M, where devotees who had come from the distant villages of Vraja had the darshan of their Lord.

The Lord visits his sprawling garden twice a day, which is situated at a distance of 500 meters from the temple. The festival of chariot in Vrindavan reminds many the ‘Rath Yatra’ of Puri. The festival is locally known as Rath ka mela, which is being organized since the inception of the temple 150 years back.

Aruna Samaddar threw fistfuls of colored powder into the air. Blue and red and green, the cheerful colors settled on her white sari and all over other women nearby. In most of India, widows like Samaddar have no place in this joyful celebration of Holi, the Hindu festival of colors.

The country’s millions of observant Hindu widows are expected to live out their days in quiet worship, dressed only in white. They are typically barred from all religious festivities because their very presence is considered inauspicious. So for Samaddar, Monday’s celebration was a joy long denied.

So deep is the ostracization of widows that they’re often shunned by their families and forced to seek shelter in temples. The holy city of Vrindavan, in India’s Uttar Pradesh state, is known as the City of Widows because it has given so many women shelter. And in recent years, widows have found a bit of color and joy here as well. 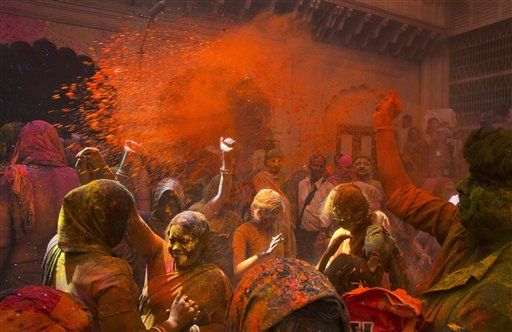 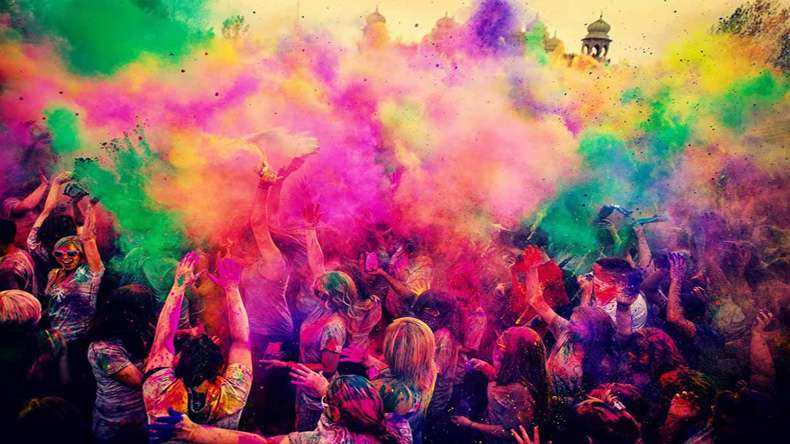 Holi falls on a Wednesday this year (March 23rd), followed by Good Friday. This gives an opportunity to travel to destinations far and near. Travelling during the festival of colors is a sure-shot way of experiencing the richness of cultures which come together to make the rainbow called India. If you are thinking of taking a Holi vacation, Mathura and Vrindavan should be at the top of your list!

Both Mathura and Vrindavan are situated in the north Indian state of Uttar Pradesh. People across the globe gather every year to feel the essence of the festival in these ancient cities that have for centuries celebrated the festival with full fervor. During this festival, people here relive the legends associated with Radha and Krishna. With an immensely strong bonding with Lord Krishna, the celebration of Holi in Mathura and Vrindavan continues for over a week. A week prior to the primary festival, Barsana Holi begins. Barsana is a village near Mathura which was the village of Radha. It is famous for its lathmar Holi in which women beat men (playfully) with sticks. On the very next day Holi is celebrated in Nandgaon (Krishna’s village). Nandgaon has found reference in religious texts as the place where Krishna spent most of his childhood days. According to legends, after Krishna went to Barsana, Radha and her friends came to Nandgaon on the next day to put color on Krishna. And hence, Holi celebrations shift from Barsana to Nandgaon. The Banke-Bihari Temple in Vrindavan is one such place to enjoy the festivities. In this temple Lord Krishna is dressed up in white clothes and is brought closer to his devotees to play Holi. Vrindavan Holi is played with colored water and gulal. Besides Banke Bihari Temple, every temple in Mathura and Vrindavan has some special celebrations during the Holi days. The Gulal-Kund in Braj is also another interesting place to celebrate Vrindavan Holi. It is a small lake near the Govardhan hill. Local people act in Krishna-Lila drama and re-enact the scenes of Holi for the pilgrims.