The wintry days of December saw thousands of women coming to Vrindavan, and this time the reasons were beyond religious. Vrindavan celebrated Nari Shakti Kumbh, a women-only Kumbh organised jointly by the Government of Uttar Pradesh and Bhimrao Ambedkar University, Agra. It was a celebration of women power with discussions on various topics relevant to women in the present-day. 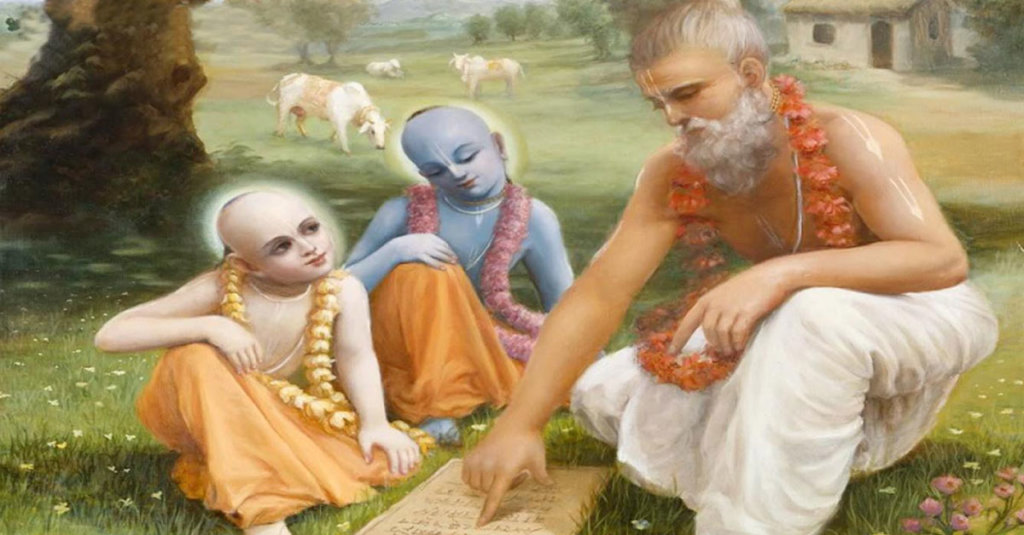 Hinduism offers women a special place of reverence. It celebrates womanhood as the cosmic divine power that runs throughout the universe. As a mother, she is Adi Shakti or Adi Parashakti; as a mysterious force of psycho-spiritual nature, she is Kundalini Shakti. Various ancient Hindu texts celebrate the feminine power. In Chapter 10 of the Rigveda, the feminine power is eulogised as Devi Shukta, the ultimate power behind all of cosmos:

“I am the Queen, the gatherer-up of treasures, most thoughtful, first of those who merit worship.
Thus Gods have established me in many places with many homes to enter and abide in.
Through me alone all eat the food that feeds them,-each man who sees, breathes, hears the word outspoken
They know it not, yet I reside in the essence of the Universe. Hear, one and all, the truth as I declare it.

I, verily, myself announce and utter the word that gods and men alike shall welcome.
I make the man I love exceeding mighty, make him nourished, a sage, and one who knows Brahman.
I bend the bow for Rudra that his arrow may strike and slay the hater of devotion.
I rouse and order battle for the people, I created Earth and Heaven and reside as their inner controller.

On the world’s summit I bring forth the Father: my home is in the waters, in the ocean.
Thence I prevade all existing creatures, as their Inner Supreme Self, and manifest them with my body.
I created all worlds at my will, without any higher being, and permeate and dwell within them.
The eternal and infinite consciousness is I, it is my greatness dwelling in everything.

Nari Shakti Kumbh is, in a way, a celebration of that power.

Sri Krishna and the feminine form

Many stories about Sri Krishna narrate how He dressed up as a woman. Some even believe that Sri Krishna wore a woman’s attire during His Raas-leelas. There are various other episodes or leelas in Sri Krishna’s life where the Lord either dresses up as a woman or takes a feminine form.

Lilahava (When Sri Krishna and Radharani exchanged their clothes) 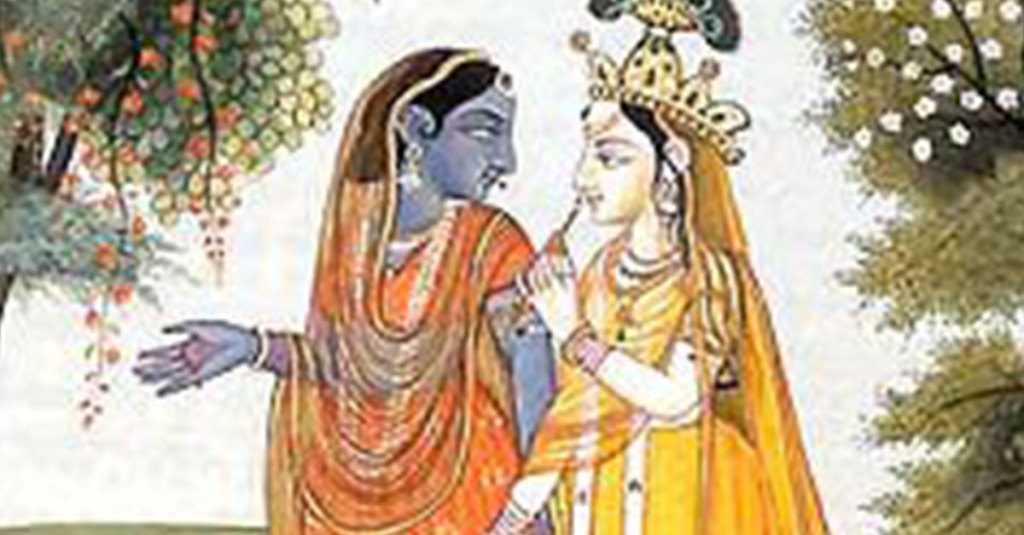 In his book The Nectar of Devotion, Srila Rupa Goswami writes, “Krishna once dressed Himself up exactly like Srimati Radharani, just to create fun among His friends. By seeing this dress, Krishna’s friend Subala became very astonished.” 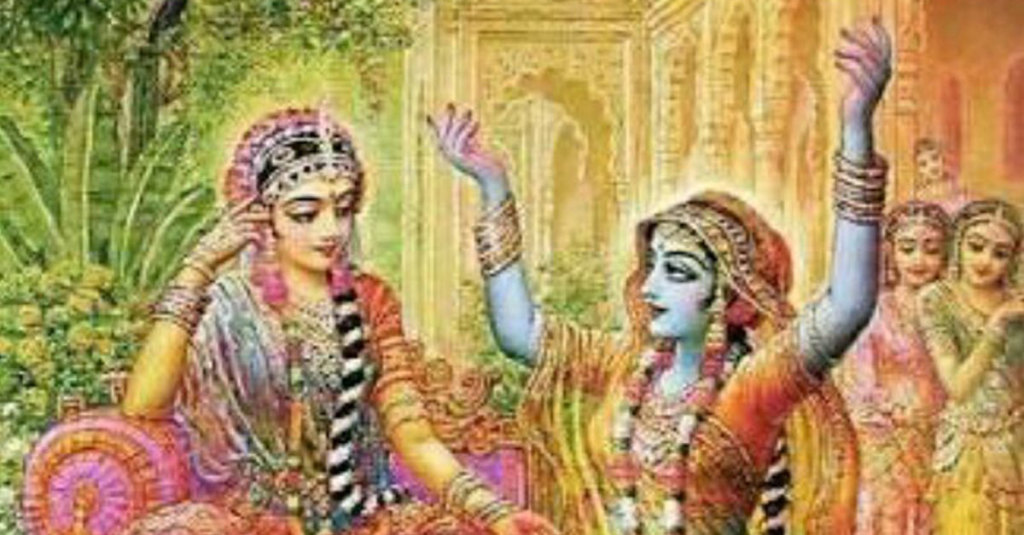 Once, in order to win over Radha who was upset with Krishna, He dressed up as a heavenly Kinnari goddess. The gopis were mesmerised by ‘her’ beauty and asked if ‘she’ could sing a song to uplift the spirits of Srimati Radhika. The beautiful woman said that her name was Shyam Sakhi (because of her dark complexion) and sang an enthralling song for the gopis. Pleased with the song, Sri Radhika wanted to gift Shyam Sakhi her own pendant. However, Lalita noticed that Shyam Sakhi was bent in three ways. Radha understood that Shyam Sakhi was actually Shyam Himself.

In one of the folklores surrounding the Mahabharata, Aravan (the Tamil god Kuttantavar) was to offer himself as a sacrifice for Kalappali (sacrifice to the battlefield). He agreed to do this to ensure the victory of the Pandavas, his father, and his uncles. In return for this ultimate sacrifice, he asked for three boons from Sri Krishna, who guided the Pandavas in the battle of Kurukshetra. The third boon was the marriage of Aravan before he sacrificed his life. In the ancient times, bachelors were buried and were not cremated. According to the Kuttantavar cult myth, Krishna took the form of Mohini and married Aravan. Mohini spent the night with Aravan and when he died, Mohini lamented his death, discarded all her bridal finery, and then came back to the original form of Krishna. This story forms the crux of the eighteen-day annual festival at Koovagam in Tamil Nadu.

Vrindavan’s Nari Shakti Kumbh is a reminder of the power of the feminine and what can be done to help women realise their potential. Set in the leela-kshetra of Sri Krishna, it is also a beautiful way to remind one of the many ways in which the Lord Himself upheld the spirit of womanhood. Come, be a part of Vrindavan, and live surrounded by Sri Krishna’s love every day of your life.