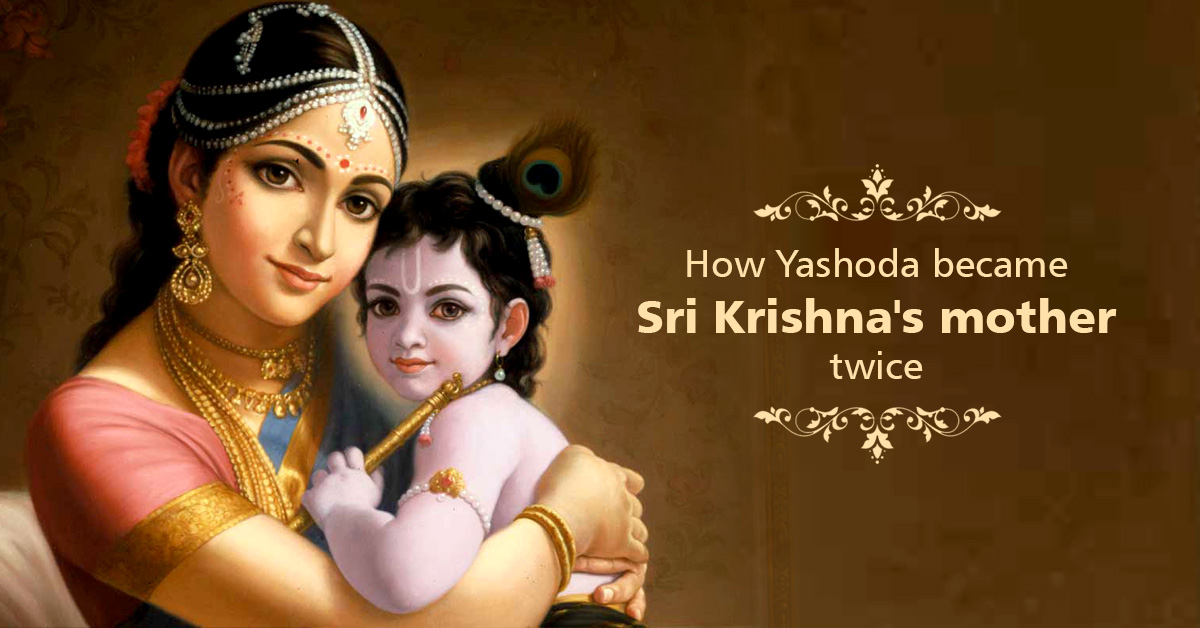 The relationship between Yashoda and Sri Krishna is one of the most celebrated mother-son relationships of all time. Yashoda’s unfathomable love for Krishna has inspired many works of art. She is an integral part of Krishna’s childhood lilas. Once, when sage Narada visited Nanda’s house, he was greeted with one of the most divine sights. Narada watched on as Mother Yashoda punished her mischievous little boy Krishna by tying him with a grinding stone. Seeing this, Narada said, “Enna Thavam Saidhanai, Yashoda” which translates as “What penance have You (Mother Yashoda) undertaken to be bestowed with the powers to punish the supreme (Narayana)”. Because here was the Supreme Godhead— “the beginning and the end and also the middle” who let Himself being chastised by a mere mortal!

So, why was Yashoda chosen to be Sri Krishna’s foster mother? 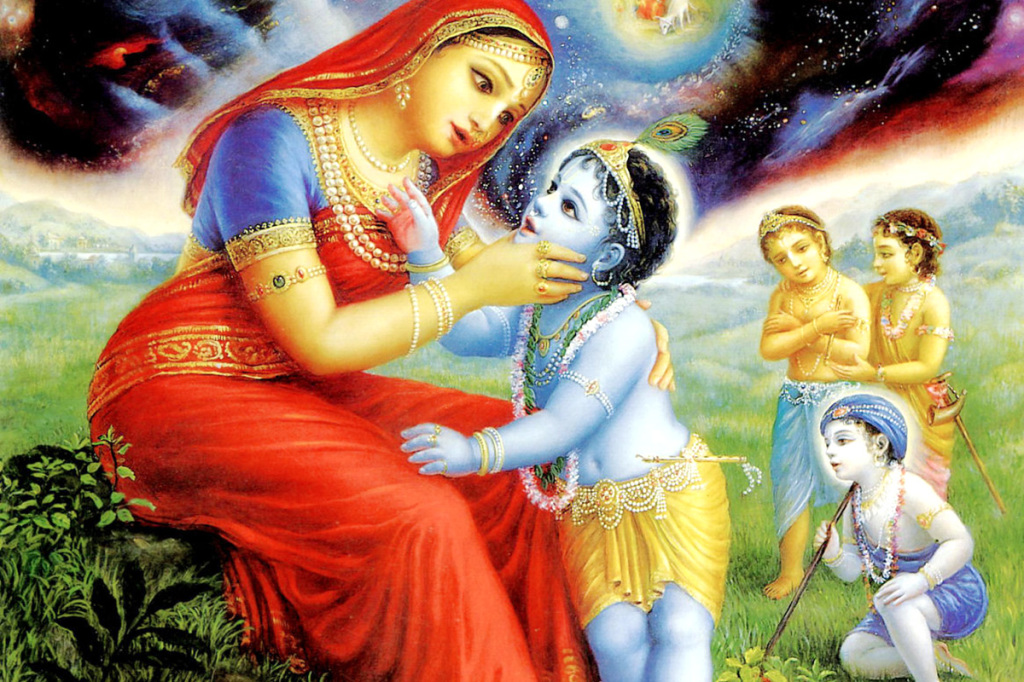 Sri Krishna was born to Devaki and Vasudeva. But as fate would have it, it was Yashoda and Nanda who brought Him up. So, it was not Devaki but Yashoda who could witness all the beautiful lilas of Sri Krishna as He turned into a magnificent youth who mesmerised everyone who came in contact with Him.

Legend has it that one day little Krishna was playing in the sand and put it into His mouth. Mother Yashoda was concerned and asked her son to open His mouth. However, she was not ready for what happened next. She saw the entire universe inside that little mouth. There were the seven oceans and also Narayana resting on Adishesha (the Divine Snake) with his consort Mahalakshmi.

It is believed that Yashoda and Nanda performed great penance in their previous birth. Lord Vishnu was happy with their prayers and appeared in front of them. He asked the couple what they wanted and the couple said that they wanted to treat Lord Vishnu as their son. Lord Vishnu was amused because He is the Creator of the whole universe. However, He never knew what a mother’s love is and that is why conceded to the request and granted them this boon. Hence when Lord Vishnu appeared on the earth in His Krishna avatar, it was Yashoda who brought him up despite not being the biological mother of Sri Krishna.

How did Yashoda become Sri Krishna’s mother for the second time? 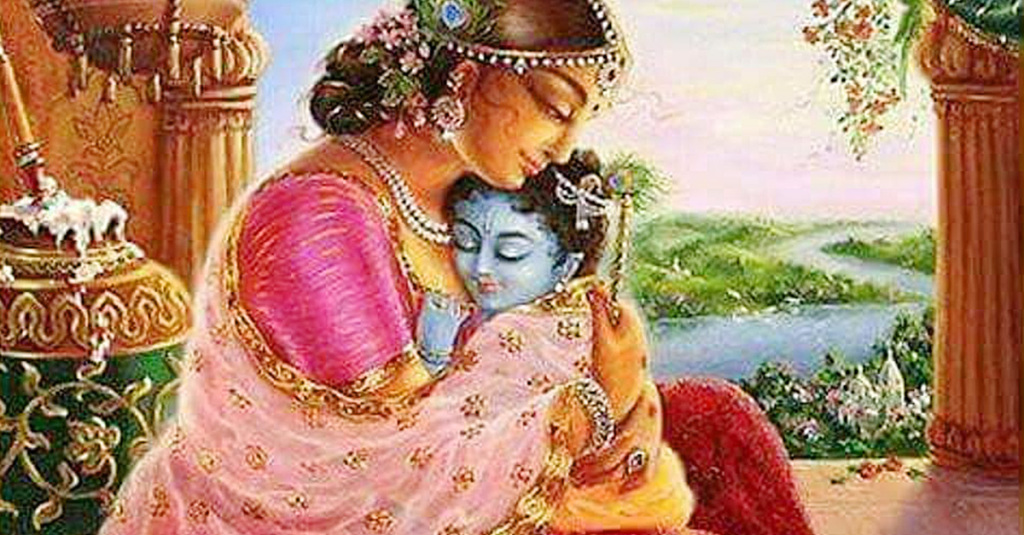 Yashoda did not meet Krishna ever since He left Mathura. However, when on her deathbed, Krishna came to meet His mother. She was happy but her only regret was that she could never see any of Krishna’s marriages. Sri Krishna understood His mother’s pain and said that her wish would be fulfilled in her next birth when He would be born as Venkateshwara and Mother Yashoda as Vakula Devi. 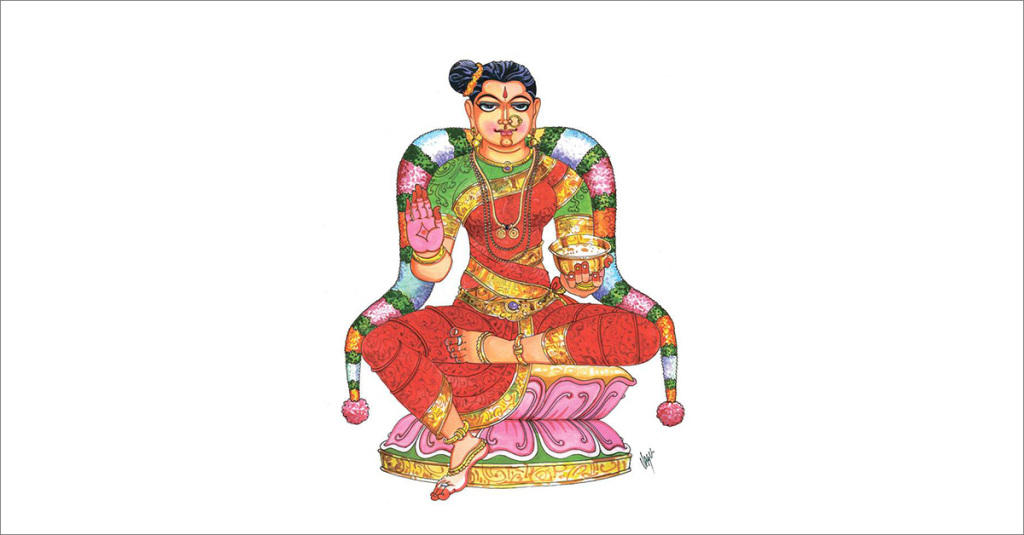 In the Kali Yuga, Lord Vishnu appeared as Lord Venkateswara. This time too, Yashoda was His foster mother. Her name was Vakula Devi. She played a crucial role in arranging His wedding with King Akasa Raja’s daughter Padmavati. And this time, Mother Yashoda as Vakula Devi, fulfilled her wishes to see her son’s marriage.

Roughly 300 years back, a temple dedicated to Vakula Devi was constructed on Perurubanda hillock surrounding the picturesque Perur village. The idol of Vakula Devi looks towards the Seven Hills, the abode of her son Lord Venkateswara.

The relationship between Yashoda and Sri Krishna is not just a bond between a mother and her son. In a way, Mother Yashoda is also one of the most ardent devotees of Sri Krishna. What begins as ‘Vatsalya Prem’ (love for her son) evolves into ‘Vatsalya Bhakti’ (devotion of a mother).

What better way to feel Yasoda’s love for Krishna than to be in the place where Krishna spent His time as a child and a youth. Visit Braj and soak in the divinity of the holiest 84 kos on earth. Experience Vrindavan like never before through a Krishna Bhumi Holydays membership.