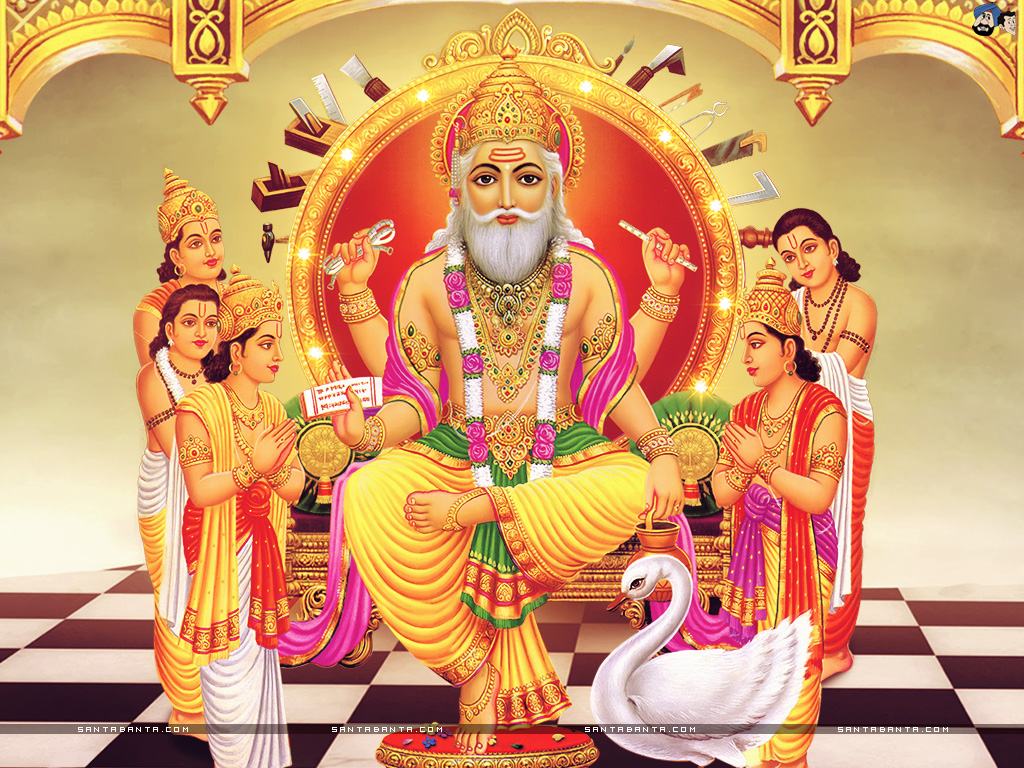 Chaitra Navratri has already begun this year. It is the time when devotees offer prayer to the nine forms of Durga, one of which is Katyayani Devi or Yogamaya Devi, a form of Durga worshipped on the sixth day of Navaratri.

But who is Yogamaya Devi or, as she is also known, Katyayani Devi? What is her significance in the holy Braj and how is she related to Sri Krishna? 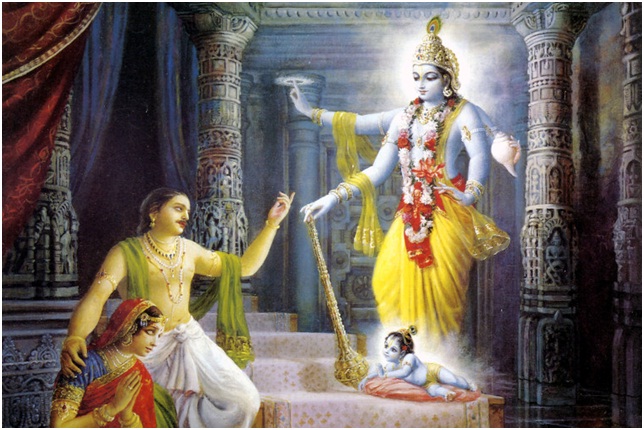 Who is Devi Katyayani?

It is believed that Yogamaya Devi is Lord Vishnu’s divine power that makes all creation possible. According to the Bhagavatam, it was Yogamaya who made all the guards of Kansa’s prison fall asleep when Sri Krishna was born to Devaki.

In Lord Vishnu’s scheme of things during His birth as Sri Krishna, Yogamaya played an important part. At first, she transferred the foetus of Devaki’s seventh unborn child to Rohini’s womb so that Adisesha could be born as Balaram, took birth as Yashoda and Nanda’s daughter, and made the swapping of Krishna and Yogamaya at birth possible.

Later, when Kansa tried to kill the little girl he found on Devaki’s bed, she slipped out of his hands and predicted Kansa’s death by someone growing up elsewhere. Yogamaya Devi took various forms, one of which is Katyayani. 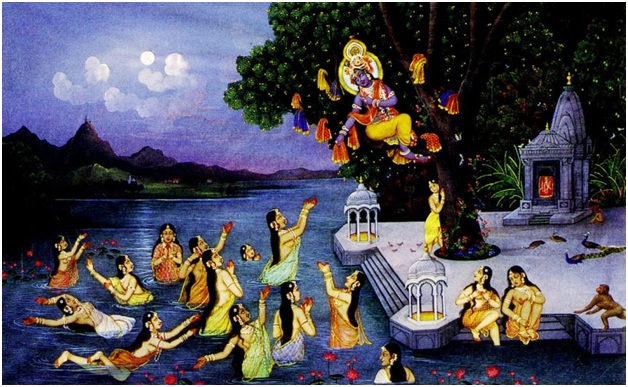 It is believed that Sati’s hair fell on Vrindavan which makes it one of the 51 shaktipeethas. However, it was not until Swami Keshavananda came to Vrindavan about a hundred years ago that the actual temple that was built at the spot where Sati’s hair fell could be identified. According to the swami, it was the Katyayani temple at Chir Ghat near Rangji’s Bade Bagicha that stands at the holy place.

Legend has it that the gopis observed the Katyani Vrat and prayed to the goddess with the desire of getting Sri Krishna as their husband. A beautiful deity of the goddess stands at Chir Ghat even today.

One day, when the gopis, as part of their Vrat were taking a bath in the Yamuna, Sri Krishna mischievously stole all their clothes and took those to a nearby kadamba tree. However, it would be wrong to equate Sri Krishna’s act as a mundane affair. This holy episode of the Lord’s life signifies the importance of renouncing all materialistic attachments (symbolised by the clothes) for a devotee to completely surrender herself/ himself to the Supreme Godhead. 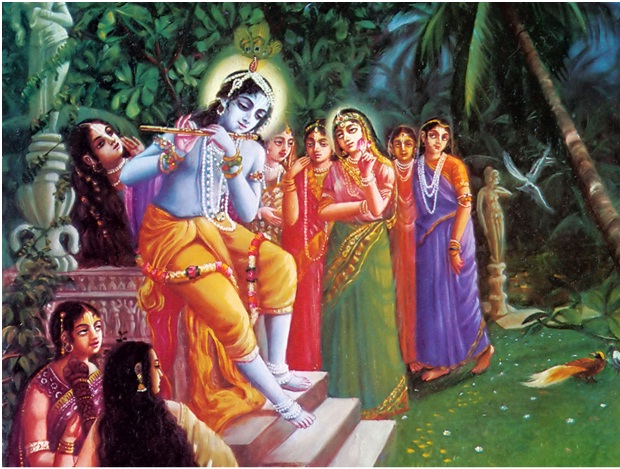 Yogamaya was born to Yashoda on the same day Sri Krishna was born to Devaki, and then they were swapped. This makes Yogamaya Krishna’s foster sister. However, that’s not the only relationship they have.

Srila Prabhupada in the 4th chapter of the Sri Caitanya-caritamrta Adi-lila says, “…Yogamāyā is the name of the internal potency that makes the Lord forget Himself and become an object of love for His pure devotee in different transcendental mellows. This yogamāyā potency creates a spiritual sentiment in the minds of the damsels of Vraja by which they think of Lord Kṛṣṇa as their paramour.”

Vrindavan is that holy place on earth where Sri Krishna spent his youth and performed many leelas. There is magic in its air, a magic that can only be experienced by coming here and surrendering yourself to Sri Krishna. Krishna Bhumi can make it happen