Mata Amritanandamayi, famously known as Amma, visited Vrindavan and had darshan of several temples of Vrindavan.  A spiritual event was organized at the Fogla Ashram in her honor, where thousands of people attended the program, including the devotees who had accompanied her from South India.  Many western devotees also accompanied her in her pilgrimage to Vrindavan.

She announced that the Raal village of Vraja will be adopted by her ashram. It should be noted that Maa Amritanandamayee has adopted 108 villages across the country. The Brajwasis addressed the issue of the Yamuna Pollution and asked Amma for her support to restore Yamuna.

She insisted that without collective effort in which all the sections of the society participates there will be no success. She said that a team has already been formed in her ashram to monitor the situation and to see how she and her followers could best contribute to the effort and assist the government and non government organizations to move the work forward. At the end of the program, she hugged every person who sought her blessings. It is said that Amma has embraced more than 50 million people over the years. 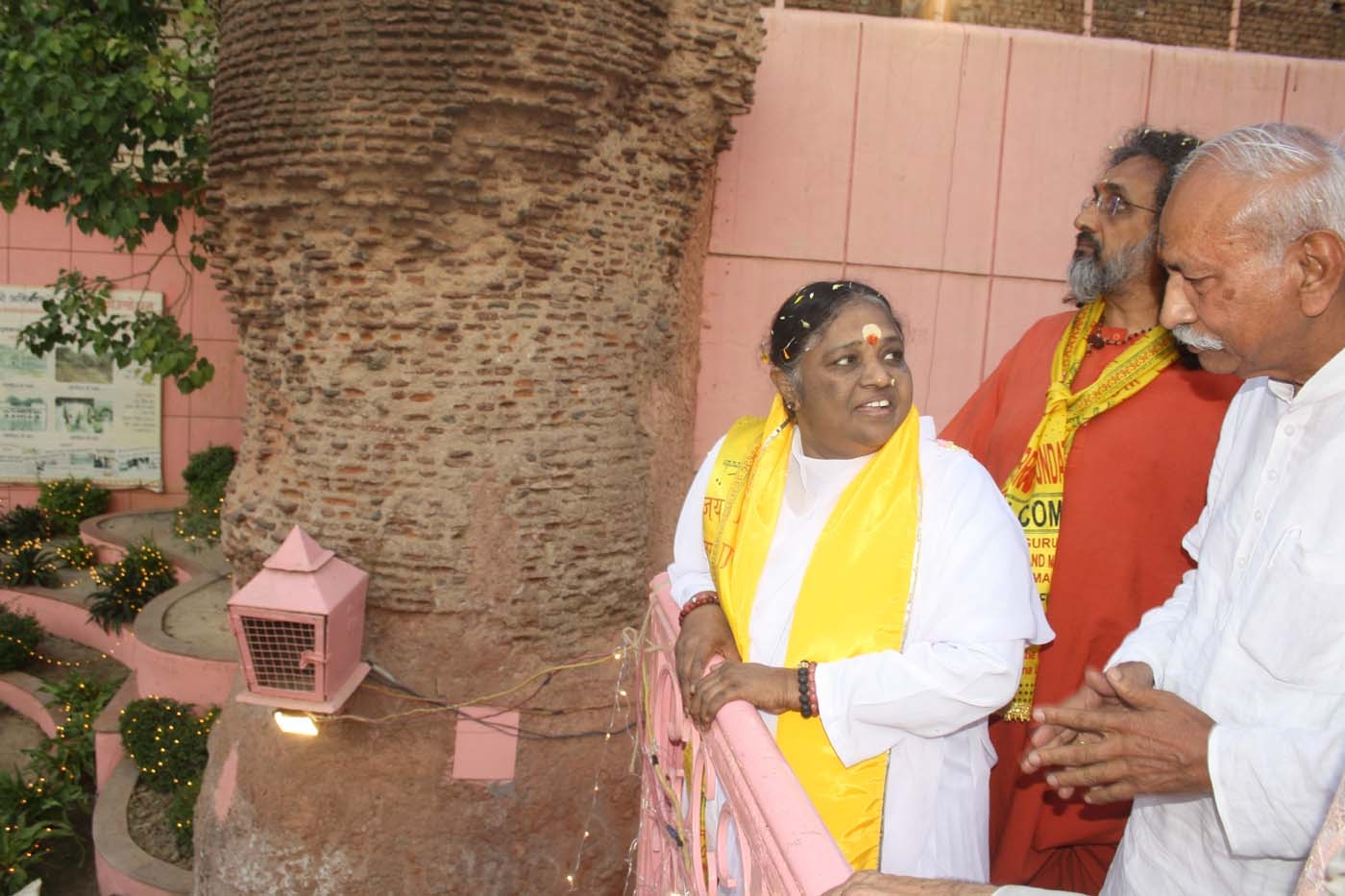