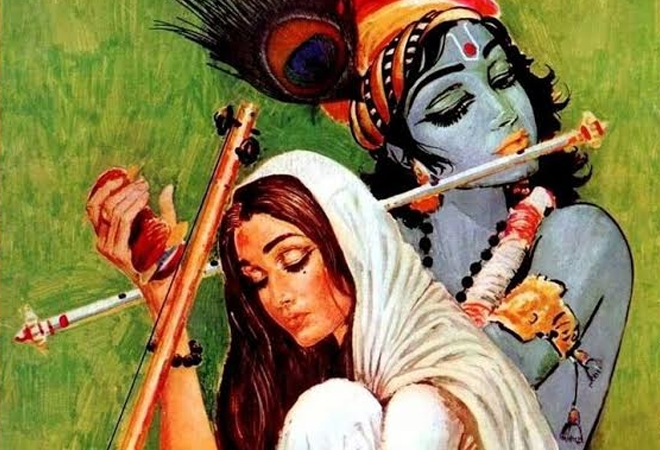 If one is to discuss the origin of theatre in India, then Patanjali’s Mahabhashya cannot be left out. This text was written in 150 B.C and mentions the episode where Krishna slew Kansa and also the episode where he bound Bali Bandha, the titan who was storming the heavens. There are two major Sanskrit plays that have been written on Krishna. ‘Balacharitam’, as the name suggests, deals with the exploits of Krishna when he was a child. ‘Dutavakyam’, on the other hand, focuses on a single episode of the Mahabharata, where Krishna tries to make peace between the Pandavas and the Kauravas and prevent the Kurukshetra war. In the 10th century, the Bhakti saints made sure that Krishna would be remembered in the field of performing arts and composed various folk and classical songs about him that are widely popular even today. Among various dance forms, Odissi and Manipuri draw heavily from Krishna stories. Kathak, which comes from the word ‘katha’, also tells a lot of tales of Krishna in small episodic pieces. The Sattriya dance was founded by a Vaishnava saint and aims at extolling the virtues of Krishna. Yakshagana, a popular style of theater also narrates stories from Krishna’s life that are recorded in the Puranas. Though this style is native to the coastal districts of Karnataka, many performers around the country have started taking it up.

Jagadhatri puja is a celebration of the ‘Mother’ who holds the world together. The three-eyed…