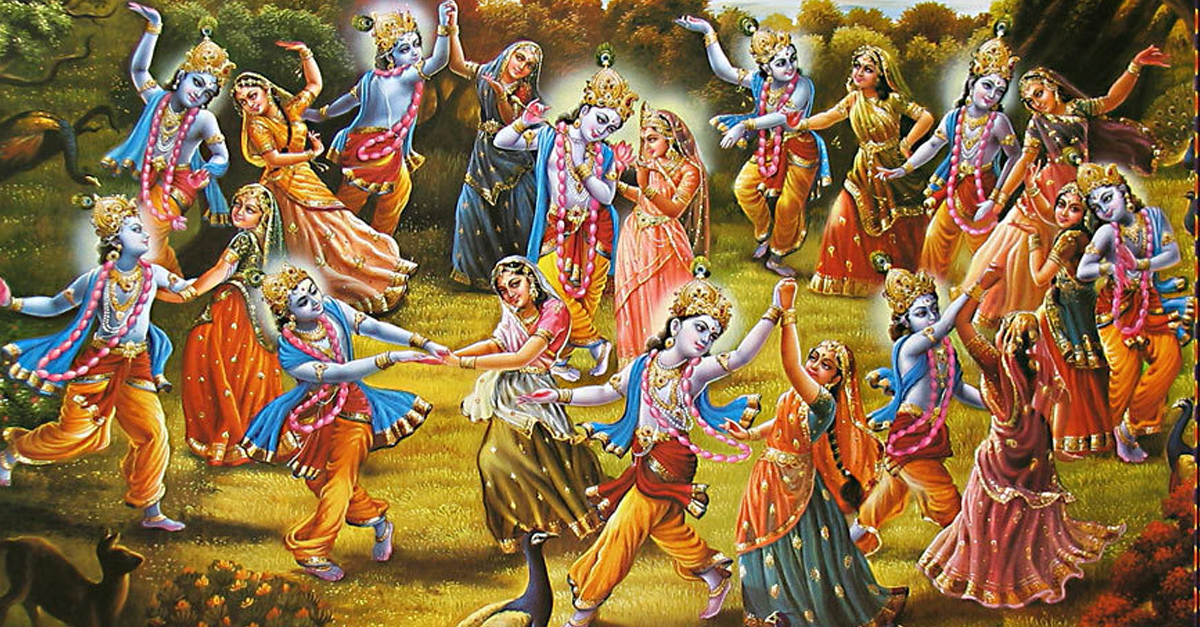 One of the most captivating and pleasant forests of Braj to be recreated at Krishna Bhumi, Vrindavan is Bilvavana. The forest, also known as Belvan or Baelvan gets its name from the beautiful bilva (or bael) trees that fills up this forest. It is said that, while herding the cows in this beautiful forest of Vrindavan, Shri Krishna and His cowherd friends would indulge in their sweet pastimes, play different kinds of sports and relish the ripe bael fruits. This is also one of the forests where Shri Krishna would enjoy Rasa leela with the Gopis of Braj.

Once, goddess Lakshmi devi heard a description of Shri Krishna’s sweet rasa leela from the mouth of the great sage Narada Muni. Learning about the good fortune of the gopis of Braj, She became eager to be a part of this rasa leela herself. But she came to know that no one but the gopis has the liberty to enter rasa leela, due to their pure and unconditional love for Krishna. The only possible way to enter the rasa mandala was by receiving the permission of Radhika, the crest jewel of all Krishna’s beloveds, and all the gopis. Thus, to enter the rasa leela goddess Lakshmi began performing severe tapasya or austerities at this place, but with no success. It is believed that Goddess Laxmi is still staying in this forest, meditating and performing her austerities to get the permission of entering rasa mandala and be a part of rasa leela. This is the reason why the forest is also known as Shri Van or the forest where Lakshmi devi is residing.

The sacred lake of Mansarovara is also located in the Bilvavana. Mansarovara gets its name from the words ‘Maan’ which means anger due to jealousy and ‘Sarovar’ which means lake. It is said that once, Radhika got very angry out of jealousy on seeing Shri Krishna’s pastimes with the other gopis. In this moment of jealousy, Radhika left the rasa leela and came to this sarovar or lake and hid herself in a grove next to it. Lord Krishna began to feel distressed as a result of being separated from Radhika and started searching for her frantically. After a lot of search and with the help of other gopis He finally found Radhika where she was hiding and sulking. With a great effort Lord Krishna gradually pacified Radhika and then surrendered himself to her asking for her forgiveness. The lake was named as Mansarovar owing to this legend of Sri Radhika’s anger with Shri Krishna. At present, there is a Krishna Kund as well as a temple of goddess Lakshmi near this place.